Waterfront Living: A Closer Look at The River’s Edge of Oakmont

Waterfront Living: A Closer Look at The River’s Edge of Oakmont 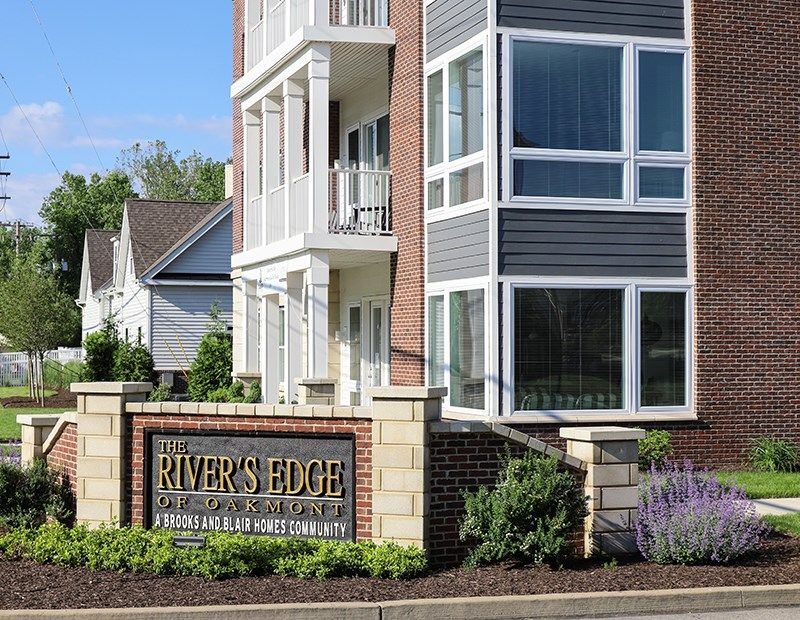 Seven years after breaking ground, The River’s Edge of Oakmont, a luxury residential community in Oakmont, Penn., is moving toward completion. Brooks & Blair Homes recently started construction on a new phase of the project, which will consist of single-family homes ranging from 2,600 square feet to 5,500 square feet. Once completed, the luxury community will encompass a total of 130 rental units and 100 single-family homes. The River’s Edge of Oakmont is situated on 30 acres, roughly 15 miles from Pittsburgh, along the Allegheny River.

In the interview below, Brooks and Blair Homes’ Daniel Mancosh details the story behind The River’s Edge of Oakmont and the challenges the project has faced over the years.

What’s the concept behind The River’s Edge of Oakmont?

However, we immediately began studying the principles behind traditional neighborhood development, which was an integral component of the new form-based zoning code. Our go-to architectural firm, Rothschild Doyno Collaborative—with whom we had previously worked with on more conventional projects—was well-versed in land planning and urban design, and over the course of a few years, the initial planning and entitlement phase of the entire River’s Edge of Oakmont project came to fruition.

The River’s Edge of Oakmont. Image courtesy of Brooks and Blair Homes

When do you expect to complete development of The River’s Edge of Oakmont?

Mancosh: The project is presently about half complete. The final development plans initially consisted of 180 units; 100 of these units are reserved for single-family attached and detached housing of modest to grand designs, located in a variety of different neighborhoods. The remaining 80 units are two four-story apartment/condo structures of 35 and 45 units. The 35-unit building has been completed. The 45-unit development will begin construction in late 2020.

In recent years, we also purchased a parcel of land adjacent to our 35-unit apartment building and have built and stabilized a second apartment building of 50 units. The completed project will consist of 130 multifamily units and 100 single-family homes of varying designs, totaling 230 housing units.

We have also put in service our recreation facilities located adjacent to the Allegheny River. These consist of an infinity pool, a 5,000-square-foot clubhouse, a fitness center and a meeting/party facility, along with the main central park and other pocket parks within the community. The riverfront park, with its extensive walking trail network, is currently being planned and installed and will be completed by summer’s end. We anticipate it will take three more years to complete the project.

What was the biggest challenge you encountered in making this development a reality and how did you overcome it?

Mancosh: The land upon which the River’s Edge is built was originally part of the Edgewater Steel Co.; our land consists of approximately half of the original 60 acres that comprised Edgewater. The other half was bought and developed by another developer. Both our firm and the adjacent developer were entitling the projects at the same time. The adjacent developer and the borough of Oakmont became involved in a lawsuit with each other, which slowed the entitlement process for our site as well. Our final approvals were granted in 2009.

The crash of the real estate market in 2009 affected us all. The curtailing of financing for for-sale developments and particularly condominium buildings caused us to reevaluate our plans. Our Phase 1 development plan consisted of developing the land for both the first for-sale condo building and the early phases of the for-sale housing construction condo buildings, which ultimately became rental apartment buildings.

The coupling of an apartment development loan and a single-family home development loan enabled us to reach our goal of getting our initial development phase through the property terminating at the Allegheny River, and allowing for the installation of our main central park. This could not have been facilitated at the time without the apartment component.

The clubhouse of The River’s Edge of Oakmont. Image courtesy of Brooks and Blair Homes

What has this pandemic revealed about your project? Is there anything you’re planning to implement or change?

Mancosh: Our construction and sales operations were much more impacted by the shutdown in Pennsylvania than our rental operations. However, nothing has changed regarding our expectation of continued success and nothing will change concerning the various home designs we offer. Both construction and sales efforts were completely shut down for the last couple of months and the shutdown occurred during the months that are typically very active.

However, we are seeing a steady improvement in traffic, and our construction crews are moving ahead and observing the restrictions that have been put in place in Pennsylvania. We have not had significant supply chain or labor issues.

Leasing activity in our apartment operations has remained strong through the pandemic. Virtual tours of our apartment units had already been available before the outbreak. We have been able to operate our management operations remotely with great success. We have done our best to adapt our daily cleaning schedules to focus much more attention on sanitizing and disinfecting the common areas and meeting the Centers for Disease Control and Prevention guidelines as best we can. Our rental operations are essentially running at full occupancy.

Waterfront projects are trending in several metros across the country. What is unique about the River’s Edge development?

Mancosh: Location, quality of design and execution differentiate us. There is no other location in the Pittsburgh area that provides such complete beachfront-type access to the riverbank. The views of and across the river are stunning and unobstructed. The ability to walk along the riverbank and connect with the environment is unmatched.

We cut no corners in the design of this development. For instance, the depth of each lot was dictated by determining the optimum home depth that permitted us to achieve all design goals of the housing component. It is common for lots to be 125 feet deep, accommodating a home that is over 100 feet deep. This allows for creating functional outdoor space lots. We worked openly and honestly with the borough of Oakmont when designing our community. The borough’s and our goals were aligned during the process and it shows in the outcome. We strive to continually make our product better.

The River’s Edge of Oakmont offers luxury single-family homes, carriage homes, townhomes and apartments. What were the main challenges in building such a complex community?

Mancosh: A community of this nature simply requires a great deal more precision, planning and attention to detail—both from site design and an architectural perspective—when compared to your typical suburban housing development. I’ve often thought that the time, effort and money dedicated to this one site could have probably produced four suburban production housing developments of a similar unit count that all shared the same housing typology, with a lot less headache. But we were desirous of doing something innovative and special within our market. As frequent visitors of the Washington, D.C., area, we studied developments in areas such as Old Town Alexandria, Georgetown and Reston, and our design emulates some of the things we learned observing these innovative communities.

How has The River’s Edge of Oakmont impacted the Pittsburgh market over the years?

Mancosh: I wouldn’t go so far as to think we have had a great deal of impact on the overall Pittsburgh market, but we are a significant development within the Pittsburgh area that puts on display a different type of housing development and associated lifestyle, whether waterfront or not, that over time may influence the attitudes and desires of the local market in general.

Locally though, within the borough of Oakmont , our project and the project adjacent to us have had a very significant impact on the community. Within a 60-acre area, these two communities combined have helped spur new and successful business within the Main Street area—which are all a short walk from River’s Edge—plus expand opportunity for existing businesses.

The high value of our homes has dramatically improved the tax base of the borough. Allegheny Avenue—the main street within Oakmont—was extended to the river, where our central park and our riverfront park with networks of walking trails enable a new and stronger connection between the town and its street grid and trail network; the extension also adds to the ambiance of this beautiful stretch of the Allegheny River. It’s been a win-win for us and the community.

How does this project fit into Pittsburgh’s housing and rental housing market?

Mancosh: The rental component of our community has filled a void in Oakmont’s housing rental inventory. It brings a level of luxury that didn’t exist in the market, it has been very well received and it is “rightsized” for this market.

Considering the pandemic, how do you see Pittsburgh’s multifamily market evolving in the future?

I don’t expect the pandemic to have a long-term effect on the Pittsburgh market. The pandemic today is at the center of everyone’s attention. The Pittsburgh of today is a city with a very well-diversified economy. Since achieving that status, it has not been subject to dramatic upswings or downswings in the economy.

For instance, the housing crisis of 2009 did not have anywhere near as much of a negative effect on Pittsburgh, as it had on so many other markets. This pandemic will be overcome and multifamily housing as a lifestyle choice will continue to expand as the number of people of all ages—who prefer a simple and commitment-free long-term housing obligation—grows. 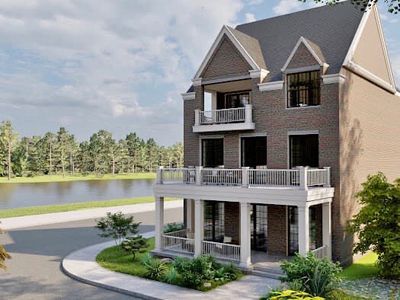